Screening people with HIV for tuberculosis using urine testing may improve their life expectancy and be cost-effective to implement, according to the findings of a medical study.

The HIV and TB relationship

Tuberculosis (TB) is a bacterial infection that spreads through inhaling minuscule droplets from the coughs or sneezes of an infected person.

TB affects the lungs primarily, and people who are particularly vulnerable to infection with TB bacteria are those with medical conditions that weaken the immune system, such as human immunodeficiency virus (HIV).

The World Health Organization (WHO ) estimates that the risk of developing TB is 16 to 27 times greater in people living with HIV than among those without the HIV infection. 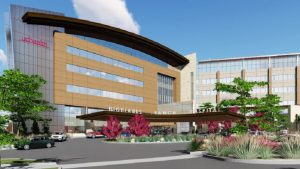 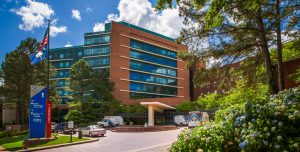 Having the HIV infection also increases the progression of TB from infection to disease by shortening the initial dormant phase. As such, increasing the screening of HIV patients for TB can improve their quality of life and life expectancy.

According to the WHO , by the end of 2010, the number of diagnosed cases of HIV on anti-retroviral therapy (ART) had increased dramatically in the past seven years in low- and middle-income countries. The diagnosed prevalence of HIV varies globally.

In 2015 diagnosed prevalence varied from approximately 0.15% in Germany to 0.60% in the US, according to GlobalData’s HIV – Epidemiology Forecast to 2025.

As more cases of HIV are diagnosed it is important to screen for TB because it is the leading cause of death of people living with HIV in the world.

However, TB is difficult to diagnose in HIV patients because the TB sputum smear test will often yield a false negative result, or in other cases the patient is too ill to produce an adequate sputum sample, resulting in cases going undiagnosed and untreated.

However, a recent study published in January in The Lancet shows promising results from using urine testing to diagnose TB in people living with HIV.

The findings of this study show that life expectancy of HIV patients with TB increased by 0.5–1.2 years in Malawi and South Africa when urine screening was employed.

Other advantages to using urine tests rather than sputum tests to diagnosed TB is that urine samples are easy to collect and store. Additionally, urine-based testing doesn’t have the same infection control risks that sputum collection does, and it is associated with low additional costs so can be implemented in hospitals with few resources.

Technological breakthroughs such as developing and implementing a TB vaccine for adults would also lead to a reduction in the number of cases of HIV and TB co-infection.

Further details on HIV in the US, France, Germany, Italy, Spain, UK, Japan, China, and Brazil can be found in GlobalData’s EpiCast Report: Human Immunodeficiency Virus (HIV) – Epidemiology Forecast to 2025.