What would you do if you went to the hospital and came face to face with a robot? It might sound like something out of Star Wars, but it is not so far, far away from becoming reality.

For anyone living in the UK, stories about lengthening hospital waiting lists are nothing new. The National Health Service (NHS) is popular but also overwhelmed by the demand for its services. As of April this year, 6.5 million people were waiting for treatment. On top of this, people can be deterred from seeking help for potentially serious issues because of long waiting times, thus compounding the problem.

Recent developments in robotics could solve this problem or at least ease it. Last month, the BBC reported that two Da Vinci Xi robots had been used by surgeons at a hospital in Wolverhampton. The results of these surgeries were very positive, with the robot-assisted procedure being less invasive than if it were completed by humans alone, thus allowing for quicker recovery times for those treated.

The apparent success of this project raises the question of how far robots in hospitals can go. GlobalData forecasts tell us that robots are here to stay, with the global robotics market predicted to grow from $45.3bn in 2020 to $568bn in 2030. 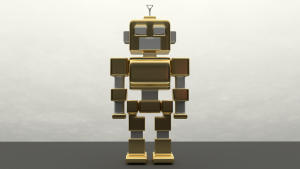 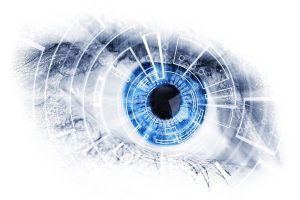 Examples of medical robots include Aethon’s Tug devices, which transport medical supplies around hospitals, or Accuray’s CyberKnife, which can attack cancerous tumours with precise radiation therapy. The former reduces the amount of mundane work human employees are required to perform, while the latter allows for higher quality (and less error-prone) treatment.

Robots are not only useful for physical treatment. For example, the Paro therapeutic robot tends to a patient’s mental wellbeing, relieving stress and depression. Some even expect care robots like Paro to help nurses with common tasks, such as taking blood samples or recording temperatures. In the future, the role of robots could be expanded to include managing the administrative side of hospitals, such as overseeing waiting rooms, organising appointments, and guiding patients around hospitals. If robots can succeed in these healthcare areas, we will see much more time available for doctors and nurses to deal with matters that require human attention.

Given the benefits of introducing robots to hospitals, we appear to be on a one-way road towards robotic healthcare. Barring a sudden influx of nurses and doctors, accepting the entrance of robots might be our only option for keeping healthcare afloat. Moreover, according to GlobalData, the number of patent publications a year in the smart robots theme rose from 105 in 2009 to 3,379 in 2020, before dropping to 3,154 last year. Clearly, the robotics industry is developing quickly, and healthcare is at the forefront of this development.