In the first of a series of three articles ahead of World Alzheimer’s Day on 21 September, we consider the social pressures and stigma around dementia.

World Alzheimer’s Day represents the apex of a month-long campaign by Alzheimer’s Disease International (ADI) to raise awareness around dementia and this year’s theme is to encourage people to talk openly about dementia and to help remove its stigma locally, nationally and globally.

Dementia is a highly prevalent disease and Alzheimer’s is the most common type of dementia, making up about 70% of the dementia cases. 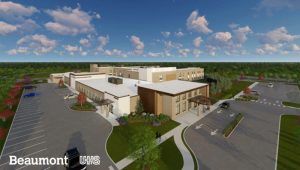 Comment
Beaumont Health and UHS to build mental health hospital in Dearborn, US

This feeling of lack of understanding can be overwhelming for dementia patients and their caregivers and directly impacts the effectiveness of implementing disease prevention programs and treatment. The World Health Organization has been working to implement policy changes around the world to improve dementia treatment and prevention programmes, but the ADI has found that the initiatives are being implemented too slowly in some countries, and not at all in many countries.

To address this issue, the ADI has conducted the world’s largest survey on people’s attitudes around dementia. This is a “return-to-basics” approach aimed at understanding which factors could be blocking important policy changes. The results of the survey are expected to be released around World Alzheimer’s Day 2019, as part of the 2019 World Alzheimer’s Report.

Stakeholders in the dementia and Alzheimer’s disease space should pay close attention to the results of the survey. Knowing how people feel about dementia would help inform many aspects of interactions with patients and the public, such as public health programmes, doctor-patient interactions and drug marketing.