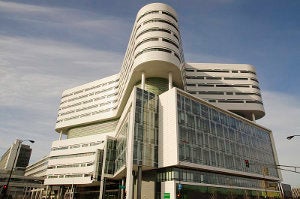 The 664-bed hospital will use the system to maintain operations without interruptions caused by utility power failures.

GE’s emergency power system, designed to restore power to all life safety and critical loads, provides emergency and back-up power to the 13-building hospital from a central energy plant within ten seconds or less.

"This requires a safe, reliable and efficient supply of electric power. Virtually every piece of equipment in hospitals – from the bed in the patient’s room to the MRI in the radiology department – is powered by electricity," Ring added.

"The UPS system is a key feature of a centralised energy plant that began operating at the hospital in January 2012."

The UPS system, offering 99% efficiency in eBoost mode, is a key feature of a centralised energy plant that began operating at the hospital in January 2012.

Rush University Medical Center medical center engineering spokesperson Mike Craig said, "We worked with GE to design a critical power system that will provide vital emergency power to our hospital in the event of a local power outage."