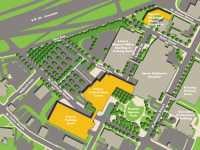 Akron Children’s Hospital in Ohio, US, has announced a $200m expansion project named Building on the Promise, to meet the current and future needs of the hospital.

The hospital anticipates beginning construction in mid-2013, with completion in 2015.

Akron Children’s Hospital president and CEO Bill Considine said the expansion will ensure the hospital’s ability to care for the next generation of children.

Cybersecurity hiring levels in the healthcare industry dropped in August 2021

"Our patient volumes have increased significantly and we are seeing patients from farther distances. Our main campus will always be the place for trauma cases and children needing the most critical care," Considine said.

"We hope to have the support of the community – from the business sector to the many individuals who have been touched in some way by the work we do at Akron Children’s on a daily basis."

The project will also include the expansion of the Ronald McDonald House of Akron and a new six-level, 1,200 space parking deck, which is already under construction.

The hospital plans a capital campaign to raise $50m for the critical care tower and $10m for the Ronald McDonald House expansion.

Akron Children’s Hospital chief operating officer Grace Wakulchik said, "We plan to build flexibility into our design so that we can be prepared for the changing health care environment."

The construction will be delivered using a process known as Integrated Lean Project Delivery. This involves considerable consultation during the planning phase, and is designed to improve productivity, reduce costly change orders during construction and minimise the overall cost.