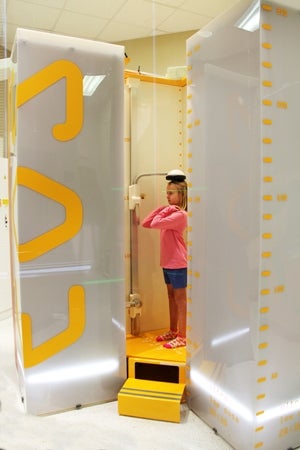 Shriners Hospital for Children, an orthopaedic hospital in Greenville, South Carolina, has installed EOS’s new imaging system, which gives physicians a 3D view of bones while significantly reducing the child’s exposure to radiation.

The new EOS 3D imaging system provides a life-size picture of the patient’s entire skeleton in a weight-bearing standing or sitting position, to capture natural posture and joint orientation.

The new x-ray system helps physicians accurately analyse the target anatomy within the context of the entire musculoskeletal system.

In addition, the high-resolution image of the patient provides the orthopaedic surgeon with more than 100 clinical parameters for pre and post-operative surgical planning.

Greenville Shriners Hospital chief of staff Dr Pete Stasikleis said being able to have this technology is exciting.

"Before the EOS system, surgeons had to ‘stitch’ together multiple, smaller two-dimensional images to see an entire area," Dr Stasikleis added.

"With these 3D images, we will better understand where the problem is and its complexity before we operate, thus bettering our ability to correct the problem."

Greenville Shriners Hospital is reportedly the first hospital in South Carolina, North Carolina, Georgia and Alabama to install this new technology. The imaging system also uses up to nine times less radiation than a typical x-ray and as much as 20 times less than a CT scan.

The EOS system is especially advantageous to paediatric orthopaedic patients who may need to be imaged frequently to monitor conditions such as scoliosis.

Scoliosis patients may typically undergo 20 total scans in the course of their treatment, since they need to be scanned every three to six months during a period of several years.

With the introduction of this new imaging system, the radiation dosage can be drastically reduced, thereby reducing radiation exposure. Shriners Hospitals for Children is a network of 22 non-profit hospitals across North America.

Who’s innovating where? Patent activity related to cybersecurity decreased by 8% in the healthcare industry in Q3 2022

Who’s innovating where? Patent activity related to artificial intelligence decreased by 27% in the healthcare industry in Q3 2022

Who’s hiring who? Hiring activity related to social responsibility increased by 18% in the healthcare industry in Q3 2022

Who’s hiring who? Hiring activity related to robotics increased by 10% in the healthcare industry in Q3 2022