Countries with the fastest growing healthcare provision markets between 2018 and 2021 were primarily middle-income, and this trend is likely to sustain in the coming years. Argentina and China are experiencing some of the fastest growth. That said, there are exceptions: the US and South Korea, both high-income countries, have experienced strong growth in their healthcare provision markets in recent years.

Overall, GlobalData figures reveal that most healthcare markets continued to expand during 2020 despite the Covid-19 pandemic. The global market is projected to continue to grow over the next three years, but at a slower rate that in recent years, from 2018 to this year.

Over the past two decades, rapid growth in the healthcare sectors of middle-income countries has often coincided with high economic growth. But recently, many countries have seen continued expansion of their healthcare provision markets despite falling economic activity, which demonstrates the sector’s resilience to macroeconomic pressures. 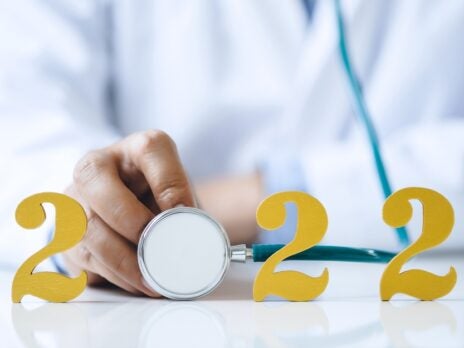 For instance, Argentina – which saw its GDP fall 40% during a debt crisis – experienced the biggest increase in its healthcare market from $34bn in 2018 to $67bn in 2021. This near doubling of the market meant that 2021 marked the first occasion in recent years in which Argentina’s healthcare market value was greater than neighbouring middle-income countries Brazil and Chile on a per-capita basis. Argentina’s most recent debt default was in May 2020.

Argentina’s healthcare market is expected to continue expanding quickly through to 2024. Its forecasted annual year-on-year growth rate of almost 10% is double the average rate across all countries for which GlobalData tracks and forecasts the market value of the healthcare provision sector.

Elsewhere, Egypt and Turkey also experienced large increases in their healthcare markets during recent periods of economic decline. That growth is set to continue by 2024 as these countries are projected to have a market more than twice as large as in 2017.

In contrast, high-income countries, particularly Japan and within Europe, saw more gradual changes to their market values between 2018 and 2021. Japan’s market grew only 5% over this period, while the UK experienced a small contraction of 2% in market size.

As an outlier among high-income countries, the USA’s healthcare provision sectors has continued to expand, increasing to a value of $4.5tn in 2021 – 26% higher than in 2018. The US’s continued market growth is striking in the context of its healthcare sectors already accounting for one-sixth of GDP in 2018, a 50% larger share than for any other country for which GlobalData tracks market value in the sector.

Nevertheless, over 85% of the tracked countries are projected to experience less growth between 2021 and 2024 than they did during the previous three years. Of these countries, only one – India – is projected to see market growth drop by more than half.

Among countries with increased projected growth compared to recent years, the UAE has the highest expected growth rate: its healthcare sectors’ market value is projected to be 63% higher by 2024.

The healthcare provision sectors of most countries proved resistant to the economic challenges of Covid-19. Of the 40 tracked countries which experienced a fall in their GDP per-capita during the pandemic, only two – the UK and Pakistan – also saw a fall in the market value of their healthcare sectors.