Concept: Chinese robotics startup Unitree has developed a robotic arm Z1 that has applications in various industries. The startup claims that the robotic arm can be used to grab objects, open doors, pick up a bottle of wine, among other applications. It features an open programming interface and extended interface which supports different actuators depending on the task to be performed.

Nature of Disruption: Z1 is a lightweight and flexible robotic arm that weighs about 8.8lb and is available in two variants such as Air and Pro versions. The Z1 Air robotic arm can carry a 4.4 lb payload, while the Z1 Pro has a payload of up to 7.7 lb. It has six degrees of freedom (DOF) and consists of four segments. The robotic arm has a maximum speed of 180 degrees per second and uses Ubuntu operating system. Including the mechanical claw, the robotic arm has eight joint units, and only one joint unit is used, which can reduce the cost and production difficulty of the machine. It has a maximum reach of 700 millimeters (mm) and has an accuracy of about 0.1mm. Z1 has a power rating of about 500W and supports joint force control. It is equipped with collision detection and can learn tasks when physically guided through the necessary movements. It is also compatible with Unitree’s mobile robots including Aliengo and B1 quadrupeds.

Outlook: At present, mobile robots including the quadrupeds is suitable for various applications including cargo transportation and patrolling in factories and warehouses. Their functionality can be vastly improved if they are equipped with robotic arms that can pick up, move, and put down stocks. Unitree claims that its Z1 robotic arms can be attached to mobile robots to improve their effectiveness and usefulness. The robotic arm is attached to the back of the robot and can be used for various applications. In August 2021, the startup raised funding in a Series A round led by Shunwei Capital. It aims to use the funding to increase the production of its robots. 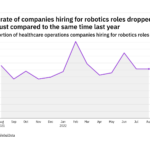 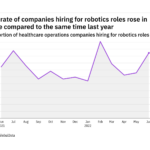